As discussed in the first part of this blog series, the Endocrine system displays temporal variation in release of hormones. Amplitude and frequency of hormonal secretion display a variety of time-related patterns. Integrating external lifestyle factors with this internal, intrinsic temporal dimension is crucial for supporting metabolic and Endocrine health and sport performance.

Clearly there is individual variation in long-term Endocrine and metabolic responses to external factors. Focusing on optimising a single aspect of metabolism in the short term, will not necessarily produce the expected, or desired clinical outcome over a sustained period of time. As previously discussed the single most effective lifestyle change that induces synchronised, beneficial sustained Endocrine and metabolic adaptations is exercise.

It will come as no surprise that focusing on maximising use of a single substrate in metabolism, without integration into a seasonal training plan and consideration of impacts on internal control networks, has not produced the desired outcome of improved performance amongst athletes. Theoretically, increasing fat oxidation will benefit endurance athletes by sparing glycogen use for high intensity efforts. Nutritional ketosis can be endogenous (carbohydrate restricted intake) or exogenous (ingestion of ketone esters and carbohydrate). Low carbohydrate/high fat diets have been shown in numerous studies to increase fat oxidation, however, this was at the expense of effective glucose metabolism required during high intensity efforts. Potentially there could be adverse effects of low carbohydrate intake on gut microbiota and immunity.

This effect was observed even in a study on a short timescale using a blinded, placebo-controlled exogenous ketogenic intervention during a bicycle test, where glycogen was available as a substrate. The proposed mechanism is that although ketogenic diets promote fat oxidation, this down-regulates glucose use, as a respiratory substrate. In addition, fat oxidation carries a higher oxygen demand for a lower yield of ATP, compared to glucose as a substrate in oxidative phosphorylation.

Metabolic flexibility the ability to use a range of substrates according to requirement, is key for health and sport performance. For example, during high intensity phases of an endurance race, carbohydrate will need to be taken on board, so rehearsing what types/timing of such nutrition works best for an individual athlete in some training sessions is important. Equally, some low intensity training sessions with low carbohydrate intake could encourage metabolic flexibility. However, in a recent study “training low” or periodised carbohydrate intake failed to confer a performance advantage. I would suggest that the four week study time frame, which was not integrated into the overall training season plan, is not conclusive as to whether favourable long term Endocrine and metabolic adaptations would occur. A review highlighted seasonal variations in male and female athletes in terms of energy requirements for different training loads and body composition required for phases of training blocks and cycles over a full training season.

Essentially an integrated periodisation of training, nutrition and recovery over a full training season will optimise the desired Endocrine and metabolic adaptations for improved sport-specific performance. The emphasis will vary over the lifespan of the individual. The intricately synchronised sequential Endocrine control of the female menstrual cycle is particularly sensitive to external perturbations of nutrition, exercise and recovery. Unfortunately the majority of research studies focus on male subjects.

In all scenarios, the same fundamental temporal mechanisms are in play. The body seeks to maintain homeostasis: status quo of the internal milieu is the rule. Any external lifestyle factors provoke short term internal responses, which are regulated by longer term Endocrine network responses to result in metabolic and physiological adaptations.

For further discussion on Health, Hormones and Human Performance, come to the BASEM annual conference

Sports Endocrinology – what does it have to do with performance? Dr N.Keay, British Journal of Sports Medicine 2017

One thought on “Temporal considerations in Endocrine/Metabolic interactions Part 2” 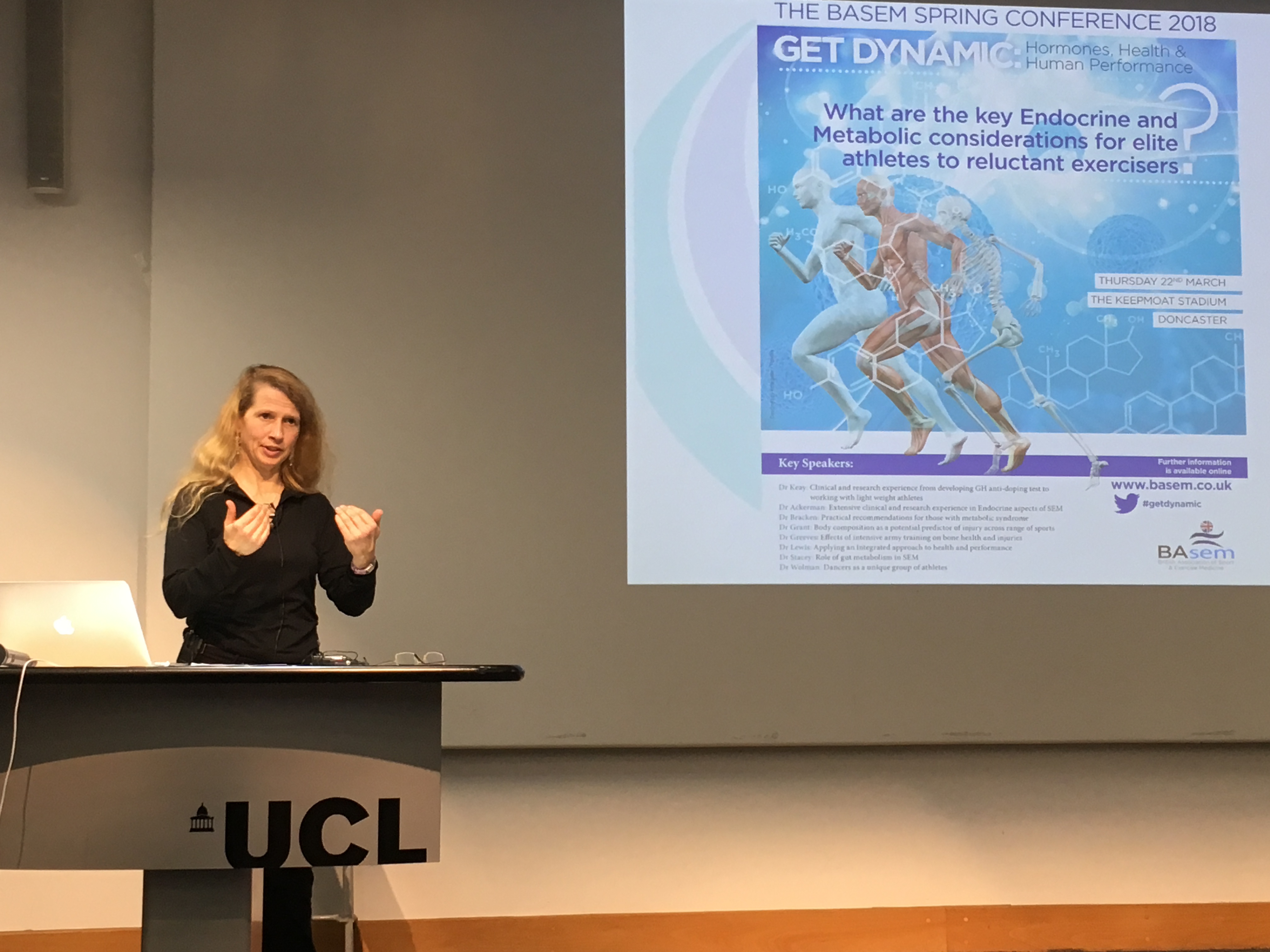