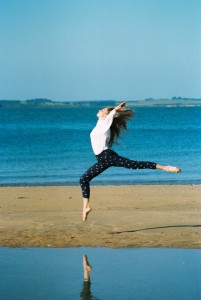 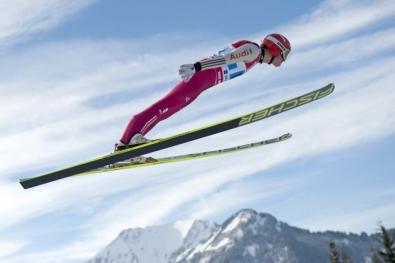 As discussed in my previous blog Optimal health: including female athletes! Part 1 Bones, the female athlete triad is well described since 1984. The triad comprises disordered eating, amenorrhoea and reduced bone mineral density (BMD). What was uncertain was whether this was a reversible training effect. My study of professional retired pre-menopausal female dancers demonstrated that such bone loss is irreversible, despite resumption of menses. Furthermore, low body weight, independent of amenorrhoea, causes BMD loss. A few female athletes in my subsequent longitudinal study of professional dancers in the English National Ballet company were “robust” and continued to menstruate, in spite of low body weight. However this could have involved anovulatory cycles and therefore low oestrogen. One parameter cannot be considered in isolation.

Furthermore, it has become apparent that the female athlete triad is just part of a much larger picture, known as Relative Energy Deficiency in sport (RED-S). The fundamental issue is that of energy deficiency caused by a mismatch of energy intake and energy expenditure from exercise training. Quality of diet, including micronutrients is also important.

If you are a male athlete, you may be thinking that this is all just a problem for female counterparts? No. Male athletes can also develop RED-S, especially in sports where low body weight confers a sport performance advantage, for example long-distance runners and road cyclists (especially climbers). In a fascinating lecture, Professor Jorum Sundgot-Borgen from the Department of Sport Medicine, at the Norwegian School of Sport and Exercise Science, described the occurrence in male ski jumpers.

This energy deficient state in RED-S in both female and male athletes produces a cascade, network effect on multiple systems: immune, cardiovascular, endocrine, metabolic and haematological effects. Clearly suboptimal functioning in these key areas has implications for current physical and psychological health of athletes and therefore their sport performance. The psychological element is of note as this may be both cause and effect of RED-S. After all in order to be a successful, especially in sport, a high level of motivation, bordering on obsession, is required. Although athletes with RED-S may not fall into a defined clinical disease state, they demonstrate a subclinical condition that impacts health. Performance implications include decreased training response with reduced endurance, muscle strength and glycogen storage, alongside an increased risk of injury, probably due to impaired adaptive response to training and a decrease in co-ordination and concentration. Psychological sequelae include depression and irritability.

Some features of RED-S may be lead to irreversible health issues in the future, as seen in the case of athletic hypothalamic amenorrhoea in female athletes with permanent loss of BMD. In both male and female athletes low energy density diet relative to energy expenditure with training results in low levels of insulin like growth factor 1 (IGF-1) and sex steroid hormones which impair not only sport performance but bone microarchitecture and mineralisation. Although hypothalamic suppression in females is manifest by lack of menstruation, there is no such obvious clinical sign in males, who may nevertheless also be experiencing suppression of the hypothalamic-pituitary-gonadal axis. It has been shown that oestradiol is the key sex steroid hormone in promoting bone mineralisation: for both male and female. In males testosterone is aromatised to oestradiol which in turn acts on bone. As the same mechanisms are involved in the aetiology and effects of RED-S, then the long term consequences will most likely be the same for both female and male athletes.

In my next blog I will explore the consequences of RED-S in young athletes and delve into the Endocrine mechanisms involved in the aetiology and multi-system outcomes for male and female athletes of all ages.