How do you feel on Monday morning, when the alarm wakes you at 7am with a day of work ahead after the weekend? A bit tired, slightly lethargic, sluggish, maybe a little bit down, perhaps a few regrets about somewhat too much alcohol/food over weekend, frustrated that the exercise training schedule didn’t go according to plan? 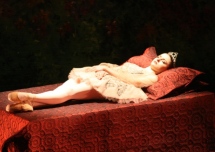 There are many causes of fatigue and sport underperformance: Endocrine, immunological, infective, metabolic, haematological, nutritional, digestive, neoplastic….. The adrenal gland in the Endocrine system in particular has come in for some bad press recently.

Addison’s disease and Cushing’s disease are serious medical conditions, corresponding respectively to under or over production by the adrenal glands of steroid hormones. Someone presenting in Addisonian crisis is a medical emergency requiring resuscitation with intravenous hydrocortisone and fluids. Conversely those with Cushing’s can present with hypertension and elevated blood glucose. Yet, apart from in the extremes of these disease states, cortisol metrics do not correlate with clinical symptoms. This is one reason why it is unwise and potentially dangerous to stimulate cortisol production based on clinical symptoms. Inappropriate exogenous steroid intake can suppress normal endogenous production and reduce the ability to respond normally to “stress” situations, such as infection. This is why the prescription of steroids, for example to reduce inflammation in autoimmune disease, is always given in a course of reducing dose and a steroid alert card has to be carried. Athletes should also be aware that exogenous steroid intake is a doping offence.

However, what is the “normal” concentration for cortisol? Well, for a start, it depends what time of day a sample is taken, as cortisol is produced in a circadian rhythm, with highest values in the morning on waking and lowest levels about 2/3am. Nor is this temporal periodicity of production the only variable, there are considerations such as tissue responsiveness and metabolism (break down) of the hormone. On top of these variables there are other inputs to the feedback control mechanism, which can in turn influence these variables. In other words, focusing on the steroid hormone production of the adrenal gland in isolation, could overlook underlying hypothamalmic-pituitary-adrenal (H-P-A) axis dysfunction and indeed wider issues.

That is not end of the possible causes of fatigue and sport underperformance: the H-P-A axis is just one of many interrelated, interacting Endocrine systems. There are many neuroendocrine inputs to the hypothalamus, the gate keeper of the control of the Endocrine system. Furthermore there are network interaction effects between the various Endocrine control feedback loops. For example cortisol towards the top end of “normal” range can impede the conversion at the tissue level of thyroxine (T4) to the more active triiodothyronine (T3) by enzymes which require selenium to function. Rather T4 can be converted to reverse T3 which is biologically inactive, but blocks the receptors for T3 and thus impair its action. This in turn can interfere with the feedback loop controlling thyroid function (hypothalamic-pituitary-thyroid axis). The physiological ratio of T4 to T3 is 14:1, which is why supplementation with desiccated thyroid is not advisable with ratio of 4:1. There are other processes which can crucially interfere with this peripheral conversion of T4 to T3, such as inflammation and gut dysbiosis, which can occur as result of strenuous exercise training. So what might appear to be a primary thyroid dysfunction can have an apparently unrelated underlying cause. Indeed amongst highly trained athletes thyroid function can show an unusual pattern, with both thyroid stimulating hormone (TSH) and T4 at low end of the “normal “range, thought to be due to resetting of the hypothalamic-pituitary control signalling system. This highlights that the “normal” range for many hormones comprises subsets of the population and in the case of TSH, the “normal” range is not age adjusted, despite TSH increasing with age. As described by Dr Boelaert at recent conferences, there is certainly no medical justification for reports of some athletes in the USA being given thyroxine with TSH>2 (when the normal range is 0.5-5mU/l). Although thyroxine is not on the banned list for athletes, it could have potentially serious implications for health due to its impact on the Endocrine system as a whole. 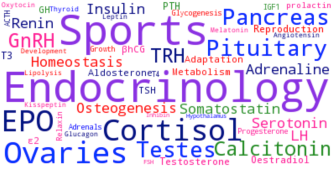 Symptoms of fatigue are common to many clinical conditions, not just dysfunction in an Endocrine control axis in isolation, nor even the network interactive effects of the Endocrine system in isolation. For example, the impact of nutrition relative to training load produces a spectrum of clinical pictures and Endocrine disturbances seen in Relative Energy Deficiency in Sport (RED-S) in terms of health and sport performance.

There may be predisposing factors in developing any clinical syndrome, the usual suspects being inflammation: whether infective, dysbioses, autoimmune; nutritional status linked with endocrine status;  training load with inadequate periodised recovery to name a few….

Sports Endocrinology – what does it have to do with performance? British Journal of Sport Medicine 2017

Inflammation: why and how much? British Association of Sport and Exercise Medicine 2017

Clusters of athletes British Association of Sport and Exercise Medicine 2017